In his bi-weekly reflection on FamVin, Fr. Pat Griffin of the Eastern Province reflects on what it means for a Vincentian to be pouring our one’s life. 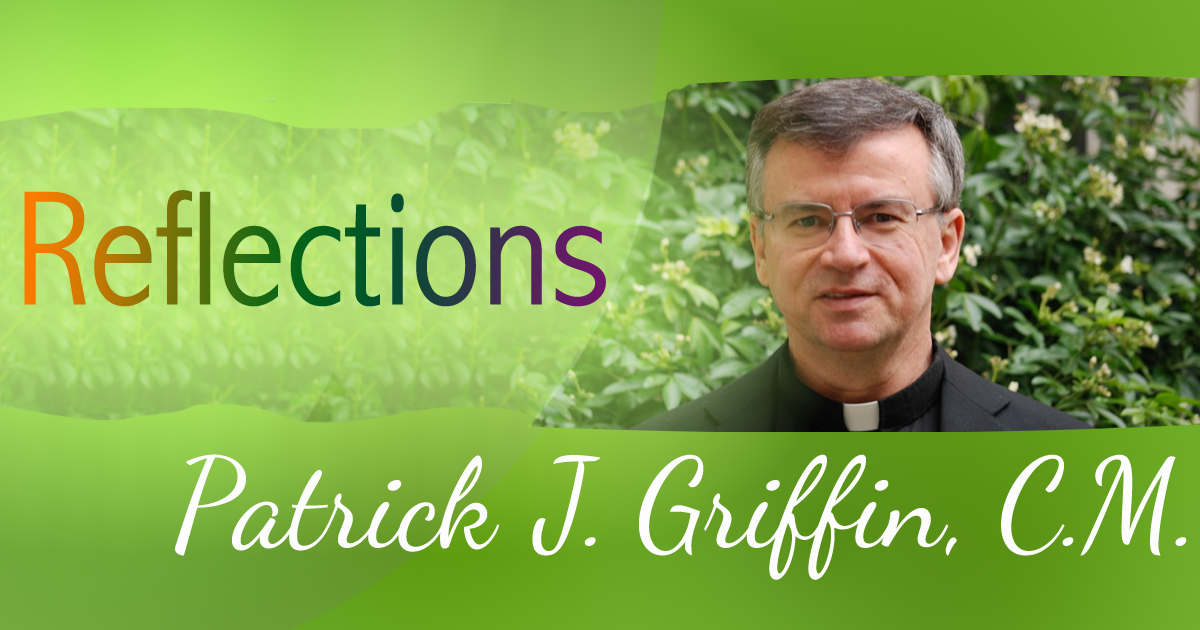 Sometimes I feel surprised when I look at some of his letters and realize that I missed some wonderful insight or turn of phrase or teaching that was important to him.  He writes so beautifully, so carefully, and with such desire to teach that it is difficult not to be impressed by these letters that the Christian community has saved for us.  In his second letter to his protégé, Timothy, he writes of his willingness to give his whole life for the sake of the Christian community.

Beloved:
I am already being poured out like a libation,
and the time of my departure is at hand.

I have competed well; I have finished the race;
I have kept the faith.

For someone who suffered as much as Paul, one must notice with what peace he looks toward the future.  This composure connects with his willingness to suffer for the other and for the sake of the Gospel.  He will do that to the end.

Paul speaks about himself as being “poured out like a libation.”  In ancient religious rituals, a libation is a liquid offering poured out on the ground as a sacrifice.  Paul considers the work that he has done to promote the faith of the community as a holy act for him and one that contributes to its growth and stability.  He does not consider his efforts to have been without purpose—he did not run in vain or labor pointlessly.  What he did, he did willingly: he lays down his life freely and dutifully.  One can hear in this illustration Paul’s way of associating his ministry with the cross.  Jesus says of his life:  “I lay down my life in order to take it up again. No one takes it from me, but I lay it down on my own. I have power to lay it down, and power to take it up again.” (Jn 10:17-18).

We can hear a call to a similar attitude.  Vincent calls it forth from his beloved Daughters.  Length of time for him is much less important than depth of opportunity. He speaks with typical boldness:

“O Sister. how consoled you will be at the hour of death for having consumed your life for the same reason for which Jesus Christ gave his—for charity, for God, for the poor! . . .  And what greater act of love can one make than to give oneself, wholly and entirely, in one’s state of life and in one’s duty, for the salvation and relief of the afflicted.” (CCD 7, p. 397.  SVdP to Sr. Anne Hardemont, Nov 24, 1658)

The call to be faithful to the end is deep within the Vincentian charism.  It begs to be deeply rooted in our minds and hearts.  It summons us to frequent reflection and prayerful petition.  It needs to describe the way in which we choose to pour out our lives.